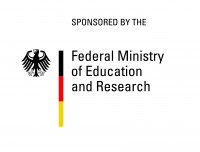 Synapses are the essential structural and functional units for information processing and storage in the brain. We are studying the formation, function, and long-term plasticity of central mammalian synapses with a focus on glutamatergic synapses. Research at the molecular level has demonstrated that synapses and their plasticity are far more complex than anticipated from their basic neurotransmitter release and postsynaptic response functions. Synaptic adhesion proteins that bridge the synaptic cleft by transsynaptic interactions have recently emerged as key players in molecularly organizing glutamatergic synapses. We are focussing on the molecular physiology of two major types of synaptic adhesion molecules: i) the homophilic N-cadherin adhesion system that localizes to the peri-active zone, and ii) the heterophilic Neurexin/Neurexin-ligands adhesion system that organizes basic synapse functions. i) The N-cadherin system has been described to play an important role in the control of the gross postsynaptic structure (spine formation and maintenance). We are currently investigating its role in presynaptic structural homeostasis (modulation of the synaptic vesicle cycle). Furthermore, N-cadherin interactions are also essential for long-term potentiation and associated changes in spine size. ii) The Neurexin/Neurexin-ligands system is molecularly very complex. There are several strongly synaptogenic postsynaptic Neurexin ligands (Neuroligins and LRRTMs; see figure 1). Neurexins exhibit a large number of isoforms generated by alternative splicing. The Neurexin/Neurexin-ligands system plays important roles in both regulation of presynaptic vesicle release and postsynaptic glutamate receptor stabilization. In addition, we are investigating cooperative interactions between the N-cadherin and the Neurexin/Neurexin-ligands systems. Moreover, we are also interested in studying the involvement of synaptic adhesion molecules in disease-related molecular pathomechanisms (synaptopathies). Last not least, we are beginning to establish ectopic synapse organization in non-synaptic cellular systems to learn which of the molecular components are crucial for synapse structural plasticity.

Dendritic spines are thought to be the structural correlate of excitatory glutamatergic synapses in mammalian brain neurons. In neurodegenerative diseases such as Alzheimer´s (AD) and Huntington´s (HD), the loss of functional synapses is indicated by a prominent loss of dendritic spines. Because spine and synapse loss are tightly linked to cognitive defects and memory impairment, it is crucial to analyse spines, their dynamics, and their disease-related changes in search for a protective therapeutic strategy. BDNF is a potential protective factor and enhancement of BDNF expression might have a significant impact on synapse and spine loss in neurodegenerative diseases. To study the protective effects of BDNF, we will analyse pathological alterations in dendritic spines in an AD mouse model upon various BDNF enhancing treatments. Spines will be visualized by an array of techniques (e.g. by Golgi/Cox staining and by fluorescence microscopy) and their numbers and size distributions will be quantitatively determined. In a parallel project, we will begin to investigate the molecular mechanisms underlying the effects of BDNF on synapse structural plasticity. Because spines are well known to be stabilized by N-cadherin, we will study the effects of BDNF on the N-cadherin adhesion system, in particular on the modulation of gamma-secretase dependent proteolytic processing of N-cadherin and other synaptic adhesion molecules. In addition to experimental work, we will contribute structural data on spines for computational modeling of synaptic plasticity in neuronal networks and its dysfunction in neurodegenerative diseases.